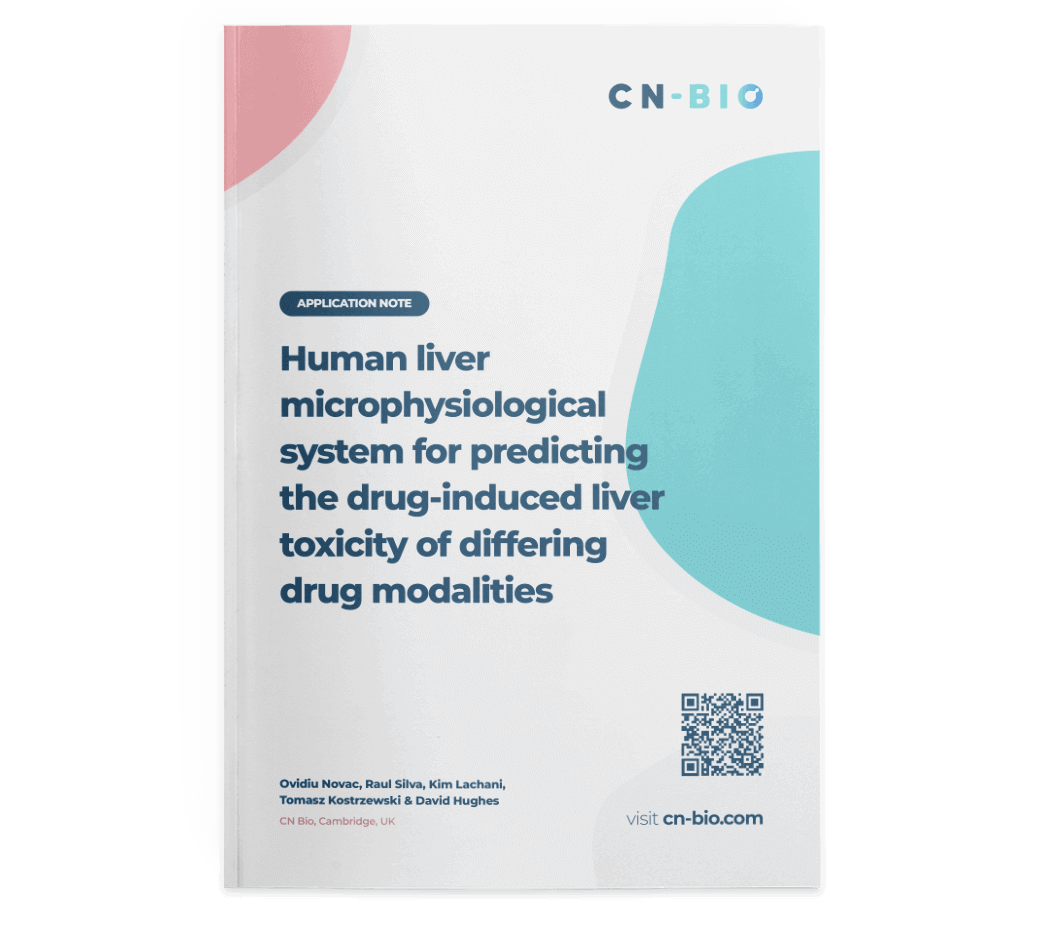 The liver is one of the organs most susceptible to drug toxicity and drug-induced liver injury (DILI). DILI is a major cause of drug attrition, with more than 750 FDA-approved drugs known to have a degree of DILI risk.

There are a number of strategies to de-risk DILI in drug discovery and, in recent years, focus has turned to human in vitro 3D liver models to better predict DILI in early and pre-clinical development. These models culture primary human liver cells, often in co-cultures, in a physiologically relevant environment allowing them to stay functional for extended periods of time.

Here, we assessed whether a microphysiological system (MPS), also known as Organ-on-a-Chip (OOC), in vitro liver model could be used to understand the detailed mechanistic aspects of liver toxicity.

For all the latst news visit our news section here

Keep up-to-date with the latest from CN Bio and the industry.